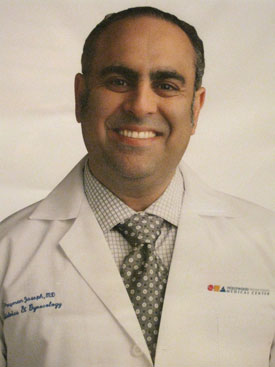 Payman Joseph, MD received his undergraduate degree from USC and attended Wayne State University for Medical School. He completed his residency in Obstetrics and Gynecology at Flushing Hospital (an affiliate of Albert Einstein University) where he served as a Chief Resident. He has held privileges in several prestigious hospitals in Los Angeles, including Cedars Sinai Hospital where he received the Golden Apple Award for resident teaching. Presently, he has privileges at Valley Presbyterian and Glendale Memorial Hospitals. He has been the medical director of Van Nuys Women’s Care and Pico Maternity for over 15 years. He is married and has two daughters ages 12 and 13.